Good Monday Morning Everyone! Don’t you feel like Mondays are the most tricky day of the week?! They are kind of like a shock to your system, much like stepping in the shower when the water is still too cold or taking a sip of water when you thought it was Sprite.

You know it’s going to come each week and you try to prep and get ready in anticipation of what it’s going to bring. Then it actually comes and BAM! There it is a new week and you’re left to determine what kind of week you are going to make it. I’m so thankful for a new week but I would be lying if I didn’t say that I’m also mourning the amazing weekend that’s in my not so distant past now. My favorite weekends consist of lots of family time and a dash of productivity, so I’d have to say this weekend ranks up there.

Saturday began with an at home workout, which is what 99.7% of my workouts are these days. It actually turns out to be a good time for Foster to have some independent play while he’s watching mama get her sweat one. He’s definitely getting more and more adventurous. I put him on his play mat with all his toys and before I knew it he had rolled and scooted his way to the side of the room with the Christmas decorations (we have yet to put up…oops). 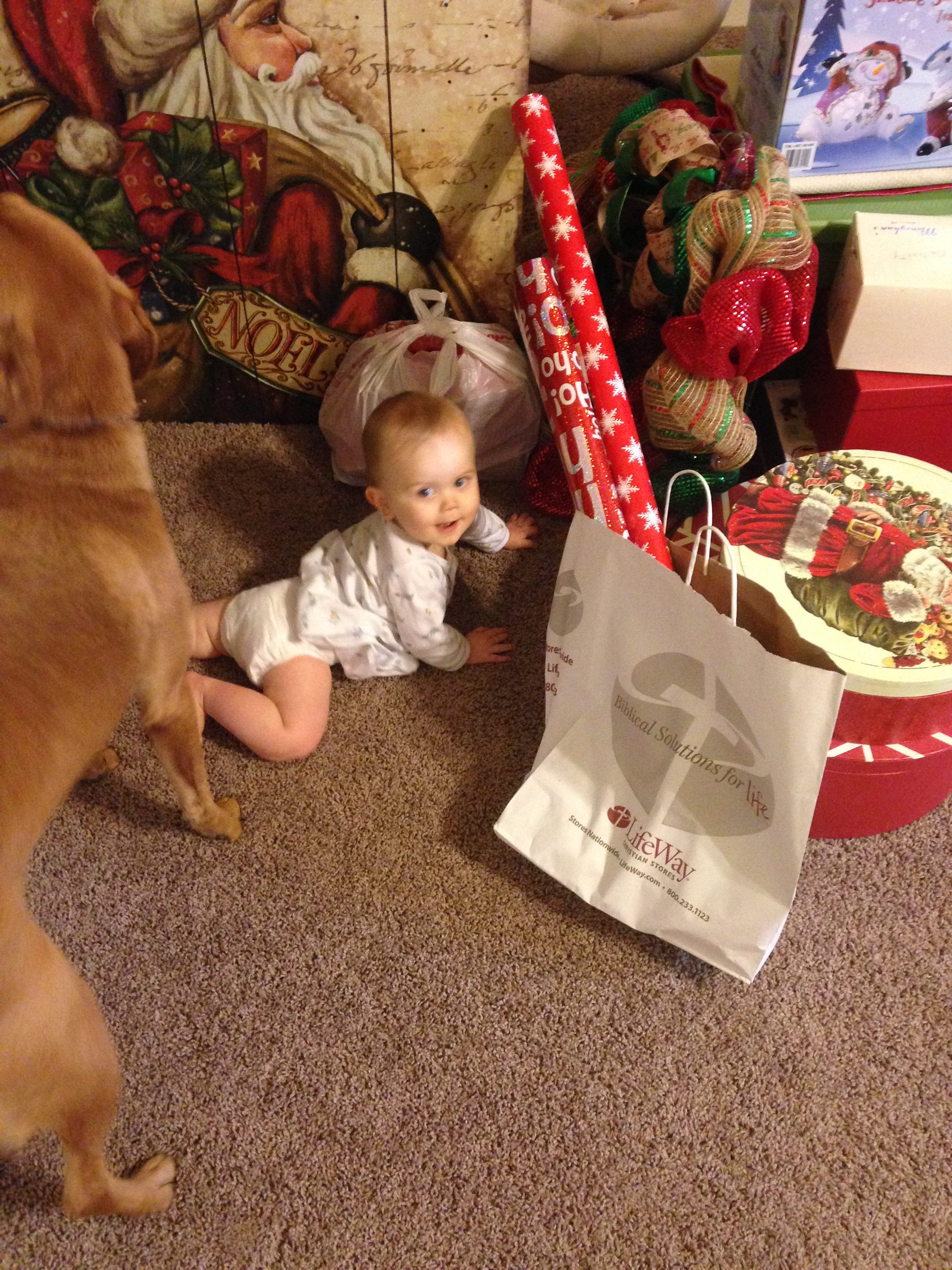 I just know he’s going to crawl soon, I can feel it in my bones. He’s more apt to “mock crawl” when he sees a toy that he REALLY wants annnnndddd toys that he really wants are Hunley’s toys (dog toys). I fought it at first but now I’ve just decided to go with it. After all I can’t decide what motivates him. I’m sure I’ll learn this lesson over and over again in life as a mom.

Then we had breakfast! I love Saturday morning breakfast because Aaron cooks and he get so into it! Plus he does an amazing job and it’s always delicious. This Saturday we found some bacon and sausage at Whole Foods that was Whole 30 approved, so we felt like we were having a special treat…cuz we were. 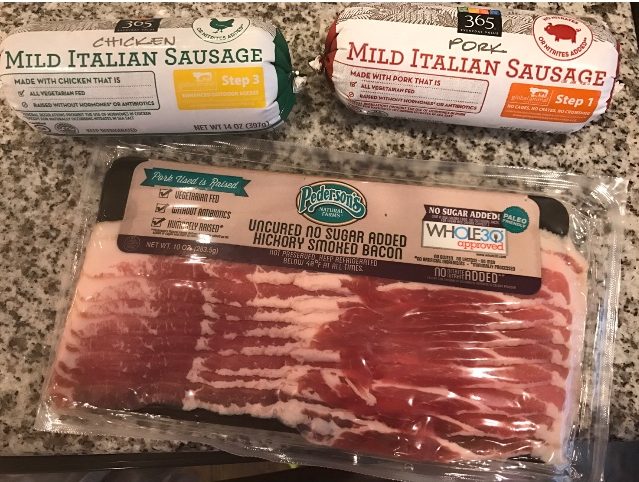 I was so thankful we had a hearty breakfast because next up on our “to do” list was to go car shopping. We have been putting this off for a while or I guess more accurately, I have been putting this off for a while. Initially we were going to buy a car when I was pregnant with Foster because my car is a two door Toyota Yaris. Not the easiest thing to get in and out of with a car seat. But, I convinced Aaron we should save money a little longer and then purchase a vehicle. Now it’s basically a year later and we are ready. But…car shopping is NOT fun! Aaron and Foster’s faces pretty much sum up our experience. 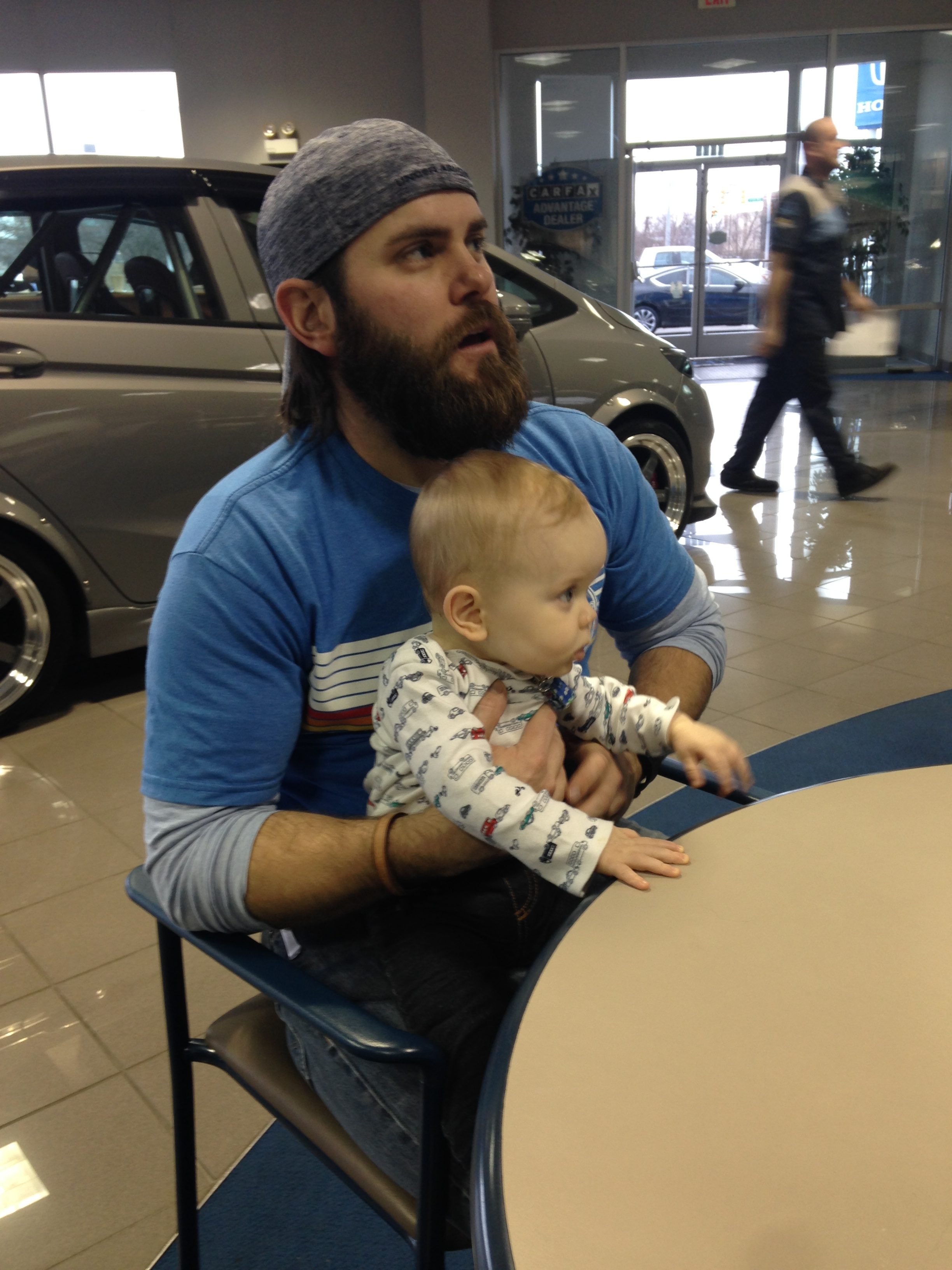 I’m sure not all car salesman are like what I’m about to describe, but our experience made us feel pretty frustrated about the whole car industry. We found a SUV we were pretty interested in but then we found out that we were going to be getting less for my car(womp, womb) so we decided that the SUV we were looking at was out of our budget.

Our plan is to pay cash for our car since we are on the Dave Ramsey plan. Therefore, we don’t want to finance. Early on in our marriage we worked very hard to get out of debt and we don’t want to go back in debt. That being said, the car salesman we worked with tried to do everything to convince us that our plan was stupid, to say the least. He so kindly explained to us how it was better to use other people’s money so you can keep your own. It just made me so mad.

First of all I felt like we were being talked down to. Secondly, because he was being a moron and lying to us and forcing his own agenda on us. So, surprise, surprise we did not buy a car from our first stop. In fact when we tried to leave he called for back-up to convince us that we should buy this car out of our price range. I just wanted to grab my baby and run screaming out of that place. But, you’ll be proud to hear that I kept my stuff together. After we finally got our car key back we were out of there!!

We tried a few places after that and each visit went kind of similar to the first but thankfully we weren’t at the other places as long. By the end of the day Aaron and I were so exhausted and ready just to buy the next thing we saw to get it all over with. But, we didn’t! We fought it and stuck with our guts and drove home in my reliable Toyota.

I have a feeling the car search may continue for a while. It’s crazy how much more thought goes into everything when you’re buying for a family versus just yourself. My number one thought with each car (besides price) has been safety. I want it to be the best thing for Foster.

Speaking of our little man…he did AMAZING!!! Like I’ve mentioned before he usually needs a nap about every two hours. Well, on this day he went seven hours without a nap (mom of the year over here) and he was in such a good mood the whole time. He kept waving at people as they walked by. It was just the sweetest thing! He’s the best!!

Sunday started with another home cooked breakfast by my man and it did not disappoint once again! Soon after we all got ready to head to the store. Aaron dressed Foster and he looked so stinking cute!!! 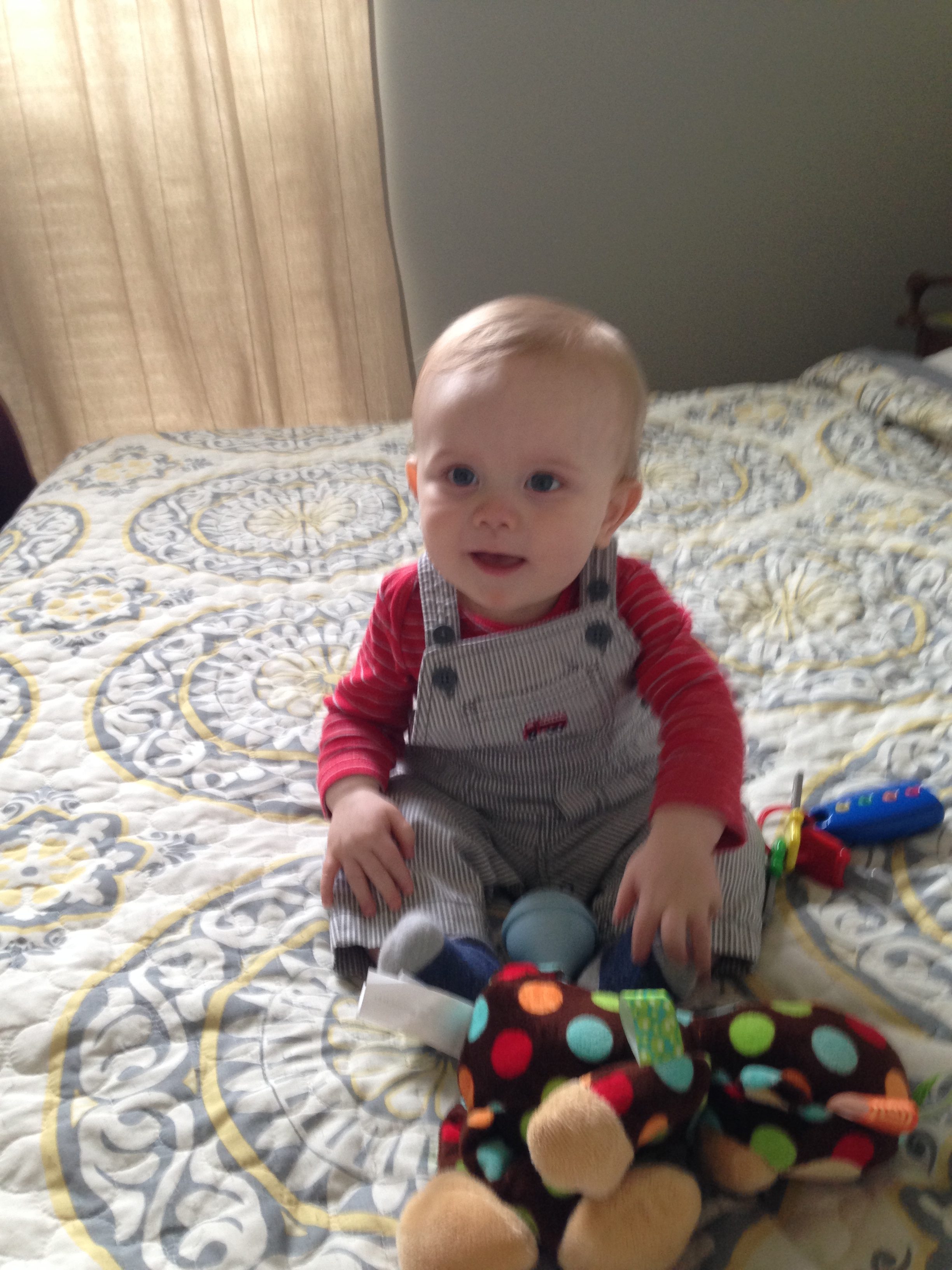 Once we were all ready we hit the road for our family grocery trip. First up was Aldi (my favorite!) where we bought about 90% of our groceries.  Then we headed over to Publix to get a few things that weren’t at Aldi. This was our third grocery trip while doing Whole 30 and it was definitely the most enjoyable! Each week they get easier and easier. We’re kind of getting it down to a fine art.

After getting home we put Foster down for a nap and got started on food prep for the week. We cut up all the veggies for easy access during the week. Aaron prepped the Cauliflower so it would be easy for me to fix the Cauliflower Rice later in the week (so sweet of him). I boiled a dozen eggs for easy on the go protein. When it was all said and done our fridge was looking nice! 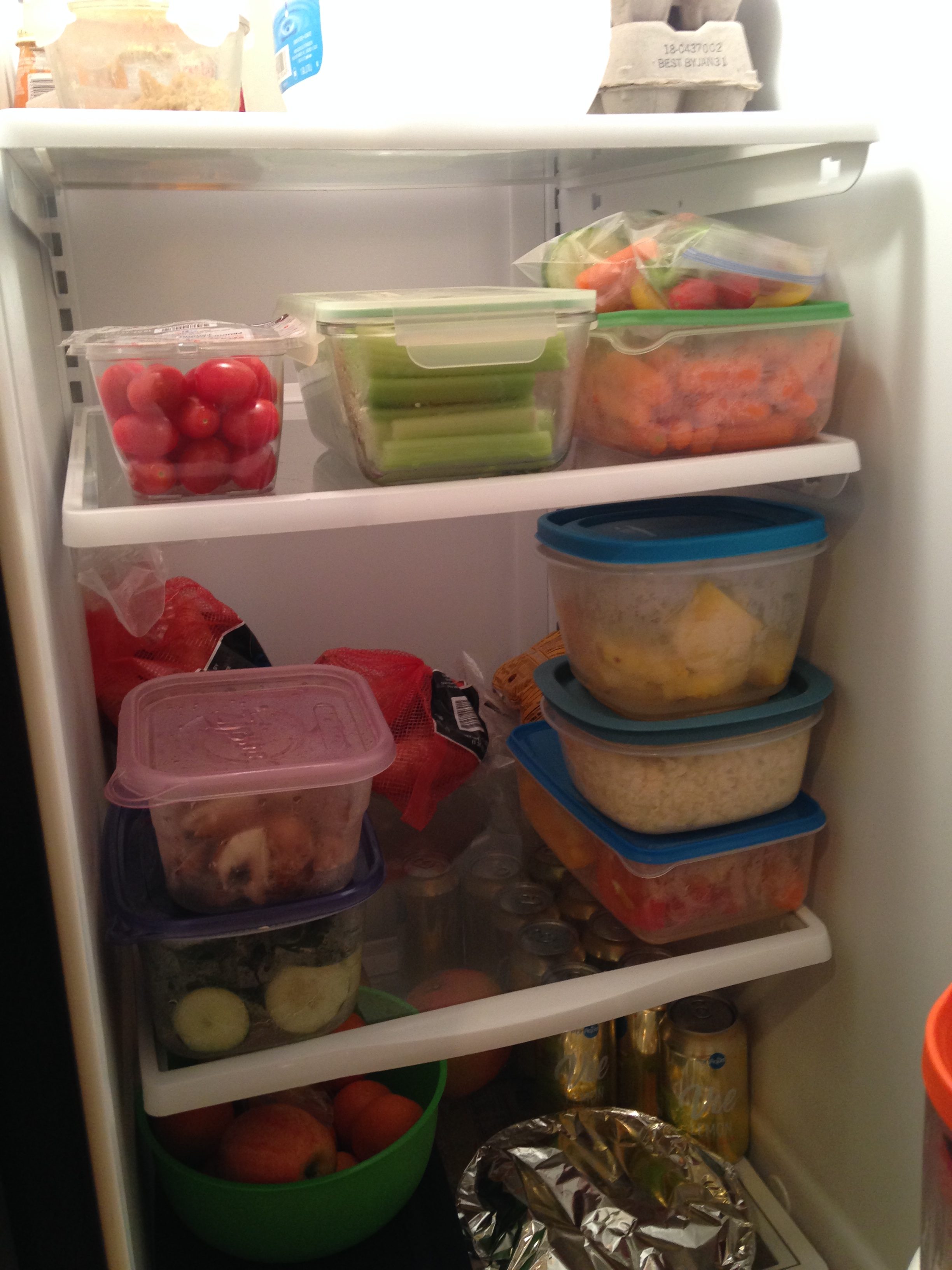 A well stocked fridge is a little thing that makes me so happy! Oh, I also prepped some peas and sweet potatoes for Foster. He is eating a lot more solids, so I want to make sure I’m prepared for his appetite!

Later that night I made Banana Chips.  This was my outcome three hours and four bananas later. I’m not sure that it was worth it. 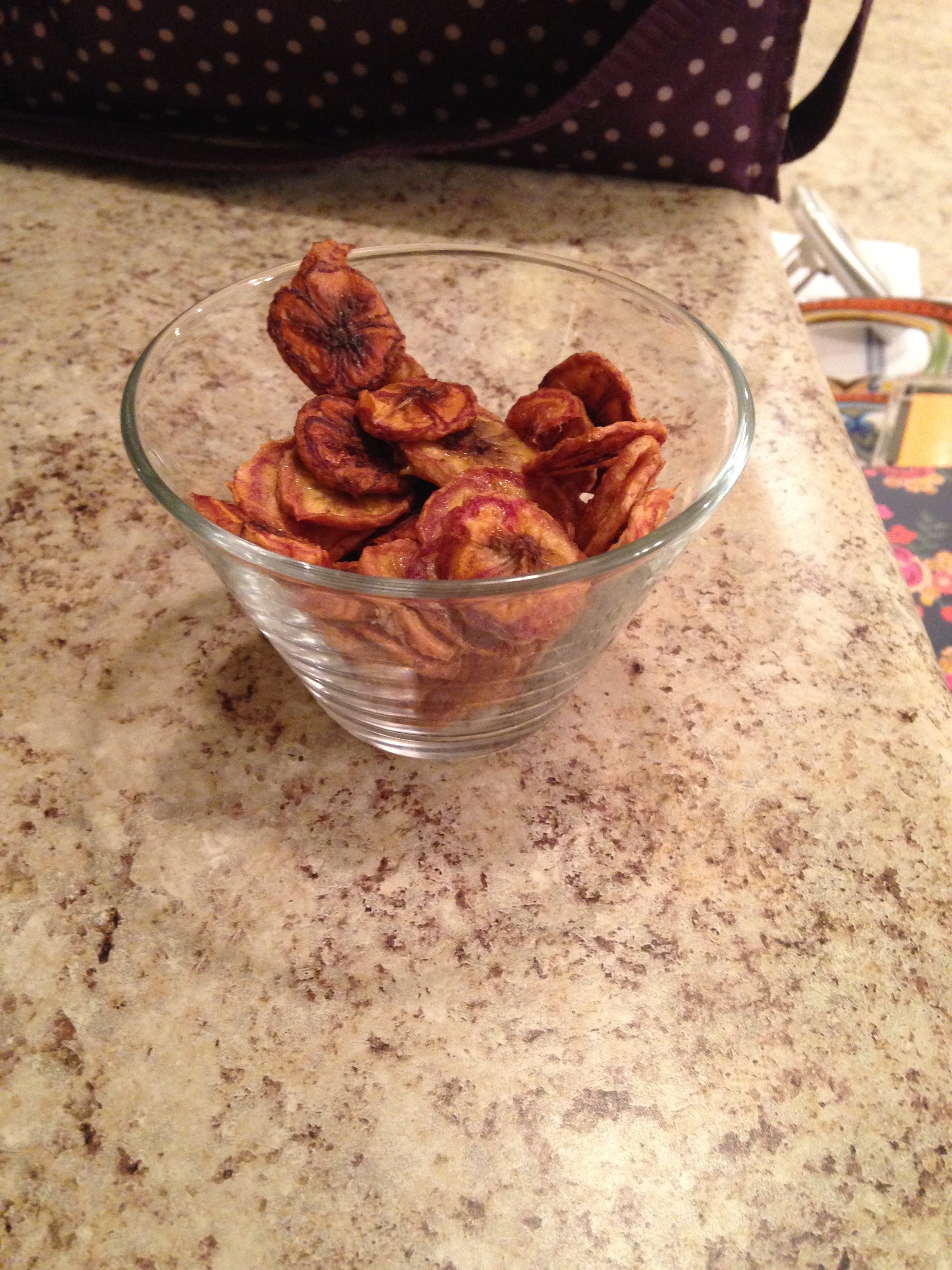 It made just a tiny little cup. It was hard to believe that, that was four bananas! This may be a treat I just plan to buy at the store. The only problem is that I can’t find any without added sugar. Maybe we’ll just go without?! We shall see.

The rest of the evening was spent playing with Foster, making dinner and a bit of relaxing ( and researching more cars of course). So, it was a pretty awesome weekend in my eyes. Despite the poopy car guys (they can’t steal my sunshine).

How was your weekend?

Hi, I’m Lindsey and I want to help you make Every Day of your motherhood journey a Good Day! Join me as I share mom tips, toddler activities, encouragement and a little dash of health and fitness. I’m so thankful to be on this journey with you!