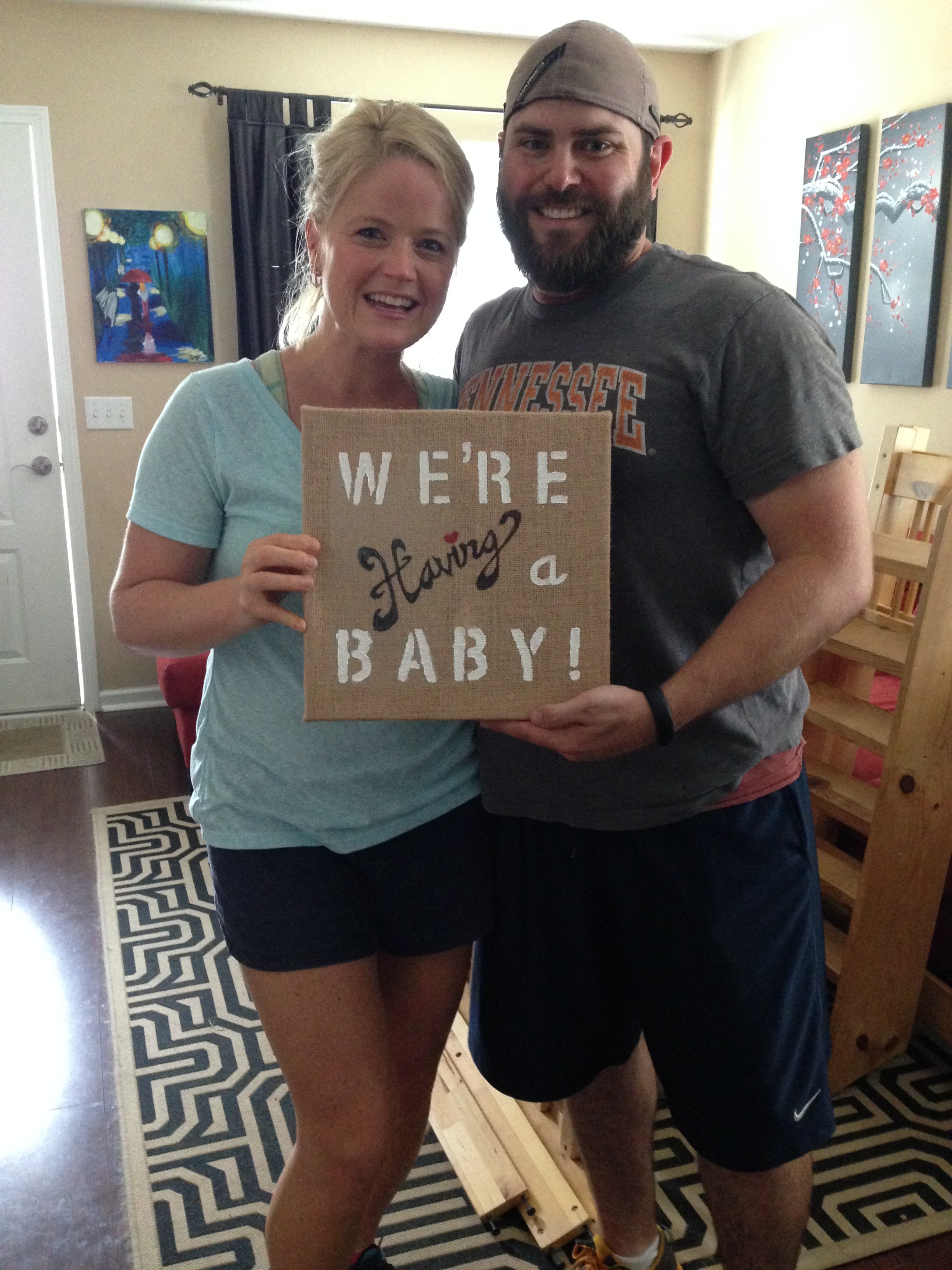 It was a normal day, well actually not normal. It was my first full day of school after Summer Break, so that’s anything but normal. More like crazy hectic and stressful. We had been trying for a while now so all I thought about was wether I was pregnant or not, but this day was a little different.

The first day of school is totally overwhelming, so I really didn’t have time to think about anything else. Until all of my students had left for the day and I had time to feel for the first time that day and the sickness hit me like a train. I felt nauseous and crampy in an unusual way. I told myself I was just about to start my period because that’s what had happened every other time I thought I was pregnant. I didn’t want to get excited only to have my high hopes dashed once again.

Regardless on the way home I couldn’t shake the feeling that something was wrong or different. When I got home I rummaged through by bathroom drawer to see if I had a pregnancy test. I was excited to discover that I had a one left over sinceI had already spent a small fortune buying these suckers. Aaron wasn’t home from work yet, so this gave me time to take the test and get my disappointment over with before he got home.

So, I entered the bathroom like I had many times before and I took the test. I sat there staring at it because I knew what I was going to see…one line. Telling me once again that I was not pregnant. BUT, that was not the case. This time was different. I didn’t see just one line. I saw TWO very faint lines, but there were two. Then my brain started to question my eyes. Were there really two or was I just seeing what I wanted to see.

So, I did what I do far to often. I went to the internet. I was a part of a group of women all trying to get pregnant. So, I posted the pic to see if anyone could confirm what I saw. Within seconds people were congratulating me on my pregnancy! What?! My pregnancy! This is a moment I had waited for, thought of and prayed for, for so long and it was here!

Even though I had affirmation from complete strangers and I saw the two lines with my own eyes I was still in shock! I did not feel how I had imagined. I literally was in disbelief that our time had arrived. I could not believe that I was pregnant! I immediately turned to thoughts of how I was going to tell Aaron. He would be home soon and I was still in shock of how our life had just radically changed in literally two minutes. Like I’m guessing others have done I had imagined how I was going to break the glorious news to Aaron, but now that the moment was finally here I found myself unprepared for anything I had thought I was going to do.

So, I improvised. I pulled up a UTK onesie on the iPad. My plan was to tell him that there was something I wanted to order for him but I wanted to double check to make sure he would like it. Then when he looked he would see the onesie and realize what was happening. So, I found the perfect onesie and I was ready. He got home and proceeded to tell me all about his day and I was just trying to act “normal” but it was near impossible.

Finally we went to our bathroom to change for the evening and the perfect time presented itself for me to share the news! I proceeded with the plan as calmly as I could. He sat on the side of the bathtub to view what I supposedly wanted to buy him. I was so nervous! How was he going to react?! Something that we had thought about and prayed for was finally here and once he knew it made it even more real.

His reaction was one of the best moments in my life. At first he looked at it and just smiled. I knew he didn’t understand what was happening, so I just waited a minute. Then it happened he literally did a double take like in the movies. I knew it had clicked that he was going to be a dad. He realized that it was a onesie for a baby and the reaction on his face was the best one I’ve ever seen. Pure excitement, joy, love and of course nervousness just exuded from him. We hugged and were still both in disbelief of what was happening. So, we did what any normal person would do. We headed to Walgreens to buy more pregnancy tests just to be sure.

After taking three more tests that actually said the word “pregnant” on them. We were convinced and beside ourselves with excitement. That night I could barely sleep. Our pregnancy journey had officially begun! 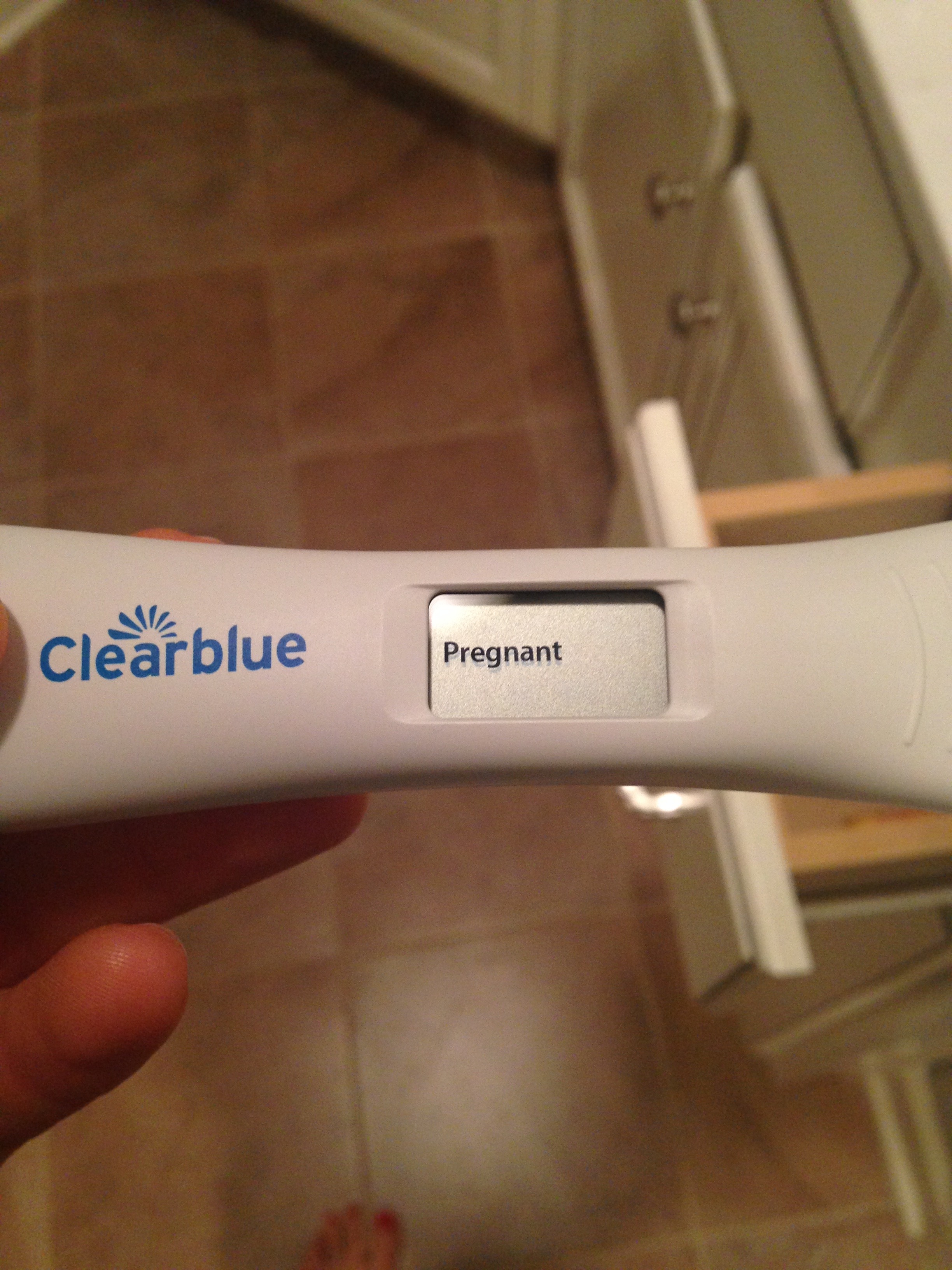