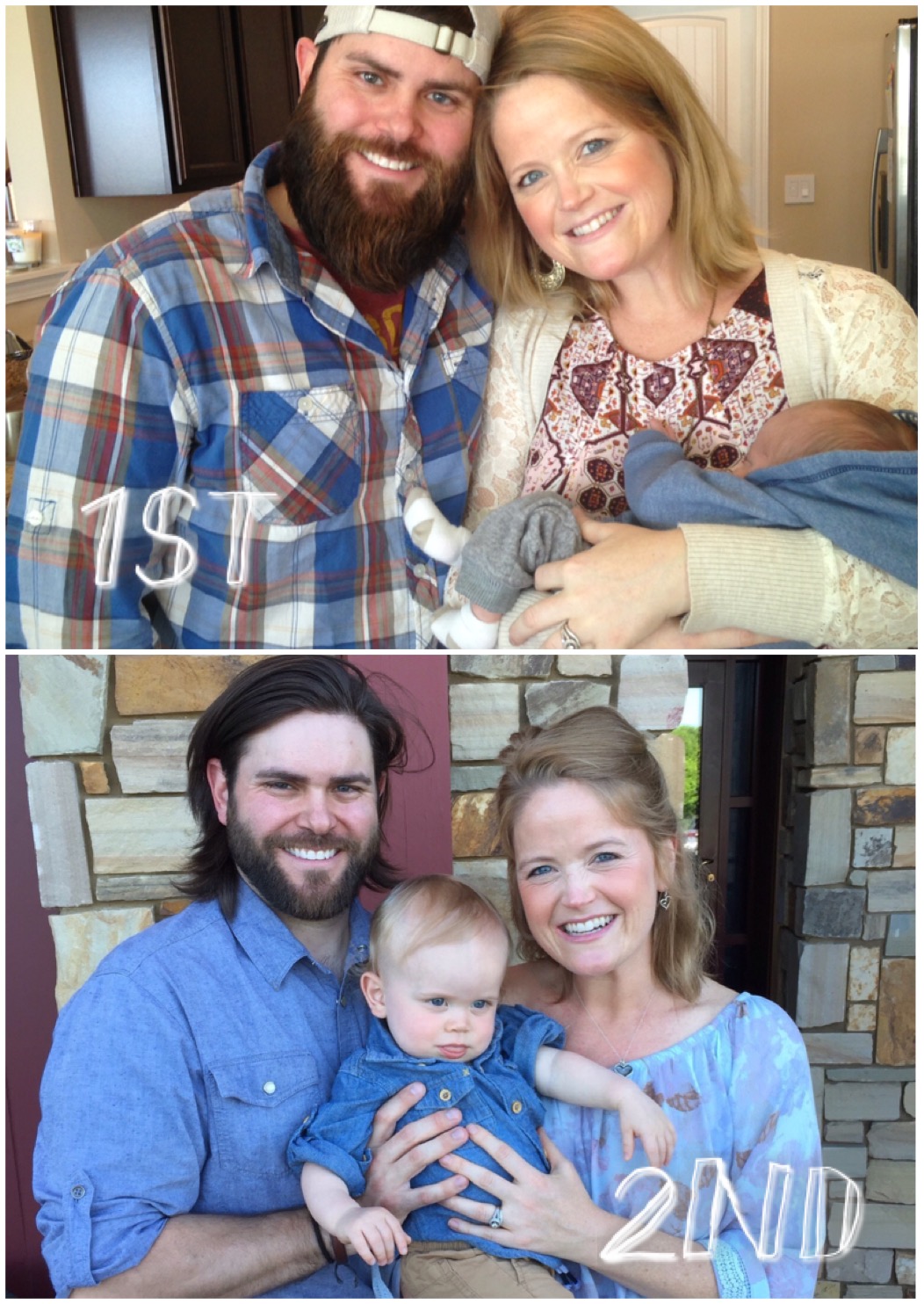 It’s absolutely crazy to me how so much can change in one year. On Mother’s Day, my second one, I reflected a lot about the difference a year makes. I decided to share it with you guys because sometimes when you are in the thick of things you may feel like they’ll never change. But, the saying, “this too shall pass” is really accurate.

Last year Mother’s Day happened only a few weeks after Foster was born, so to say that we were still adjusting is a pretty large understatement.

When I look at this photo now all I see is how much I’m leaning on Aaron. I remember thinking if you could just hold me up that would be great! I was still recovering physically. It hurt to stand and it hurt to sit, so there was pretty much not a comfortable position to be in without my insides feeling like they were going to fall out (lovely visual).

Then there’s my “smile” that is a true smile but just looks weak and unsure now looking back at it. Behind the smile I was terrified that Foster was going to get sick because we had him out after only a couple of weeks of being on this earth.

He was so tiny, precious and perfect and I was terrified to do something wrong. I worried he was to warm but then worried if I took his jacket off that he would be too cold.

Thankfully my sister hosted Mother’s Day, so we were just around family but I was still a nervous wreck.

I was wearing a dress so I didn’t know how I was going to do the whole breastfeeding thing without just getting naked. Pajamas had been my only wardrobe until this day and I had not breastfed in public. I know it was family but it was still public as far as I was concerned. So, I was trying to figure out how I was going to do that “gracefully.”

Then I cried over hand sanitizer. I felt like some of my family were making fun of me for wanting them to use it before holding Foster, so I pretty much just lost it. Looking back I was way over reacting, but I know it was a mixture of hormones and no sleep(that’ll get ya every time).

I know I’ve painted a pretty grim picture. I want you to know that in the midst of all that there was great joy! But the reality was we were in a totally new normal and I was just uncomfortable. 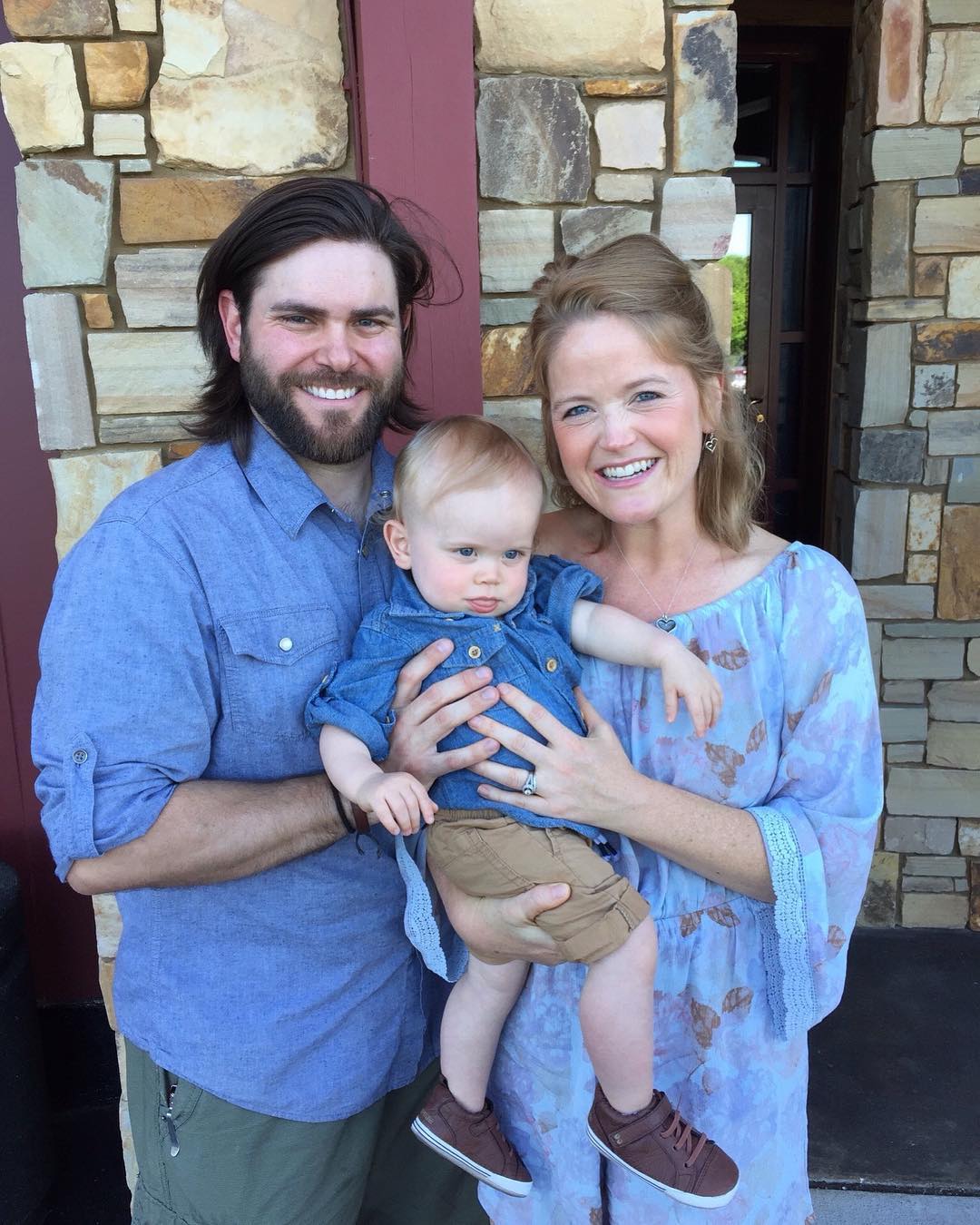 **I also just wanted to point out that Aaron’s hairstyle is basically the reverse of what it was last year. He said he looks like Wooly Willy (the magnet hair guy). I’m REALLY hoping that Foster gets his hair growing abilities. Face or head. **

In this picture I see a woman more comfortable in her own skin. I still have a long way to go but I’m in a much different place than I was a year ago.

I’m not in pain..praise Jesus! With time I totally healed and I’m happy to report that I stand, sit, jump and run very comfortably. Although, last year I feared I would never be able to do any of those things again. I feared I would always have to walk around with a hemorrhoid pillow dreading the moment that I had to sit down. But, thankfully time heals.

We were at a restaurant and I wasn’t worried about germs. Instead I was mostly just thinking about how proud I was of my little man walking around the restaurant trying to say hi to everyone.

Sure he had a couple of moments that he yelled out or fell down, but we handled it. There were not meltdowns (on my end or his) and we stayed calm.

Now I have been breastfeeding for a year…we made it!! It has not been easy but we did it. I have done it in dresses, dressing rooms, parking lots and bathrooms. Though often uncomfortable we were successful and ultimately my son was fed!

I didn’t have any breakdowns on this particular day but in all honestly they still happen on a somewhat regular basis. I still worry and overthink things, but now I know I can do it and I’m a bit more rational.

I trust my gut a little more and try (keyword) not to stress the small stuff as much.

To me this picture shows the joy, ease and happiness that we feel a year later.

This to0 shall pass…

So, I’m here to say that if you are in an uncomfortable time and you feel like it’s not going to get better. Please know that it will. Time has a way of working things out. You’ve got this. Tomorrow will be better. Be nice to yourself and give yourself a little credit. After all you did create a human and now your keeping them alive (big, big deal)!