Breastfeeding was really hard for me. I had heard a lot of mixed opinions before Foster was born about how my experience would be. Some woman said it would totally come natural and then the other half said I should expect to be in a lot of pain for a while(the more accurate info). So, I really had no idea what to expect. Despite all the books I read, the classes I took and the moms I talked to…I still felt totally unprepared. 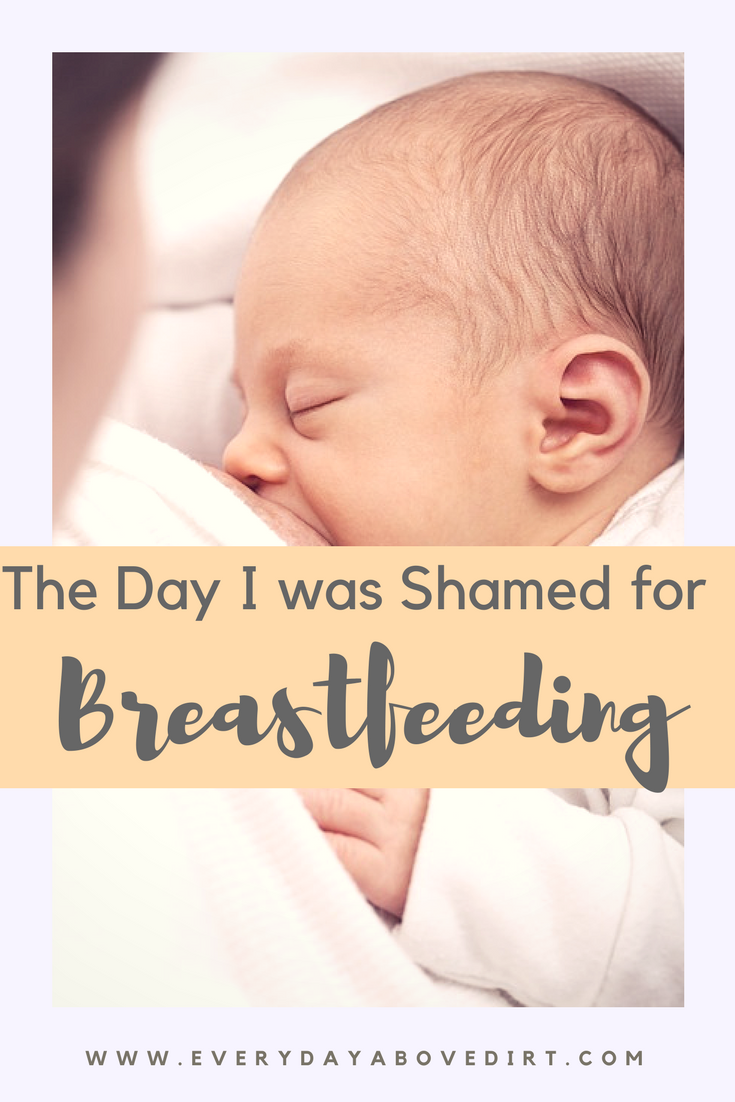 Once Foster was miraculously brought into the world our breastfeeding journey began and the struggle was real immediately. I will never forget the feeling I had when attempting to feed my son for the first time. I felt like I was doing everything wrong. I couldn’t position him the right way, I couldn’t get my breast in his mouth for a good enough latch, my gown was falling down and for the first time (from a pretty modest person) I didn’t give a damn if my boob was exposed to all the world. I just needed HELP because I knew soon I’d be home and it’d just be me trying to figure it out. So, I asked every lactation consultant or person that looked like they could help me for advice on how to properly nurse my son.

I left the hospital feeling a little more confident but still pretty nervous about how this breastfeeding thing was going to go down. After many ups and downs (and a lot of pain) we got a pretty good rhythm going. Although, I cannot recommend lactation consultants enough!

Once I was feeling more confident about my breastfeeding skills the next hurdle was presented. Was I going to breastfeed in public?!

This is something I had thought about vaguely before Foster was born but never thought about too much because honestly it wasn’t the number one thing on my slew of things to do. But, once I started healing and he was old enough I knew that it would be good for both of us to get out of the house for a bit.

At times it can feel like you can’t go anywhere. Your baby needs you (you’re the food supply) about every hour (or at least that was the case for us). So, if I wanted to leave the house I knew I would eventually need to breastfeed in public. I knew about pumping but I also knew that would mean more time for my boobs to be super full and I was terrified of mastitis. So, breastfeeding made the most sense to me.

Unfortunately, at that time in my life I was too self conscious to actually feed him in public. I tried it once and I’m pretty sure I flashed the whole restaurant. I was also sweating bullets and Foster was screaming so loudly because he didn’t want that stupid cloth thing on his head. I mean, I get it. So, needless to say, that was the last time for that. Instead I decided if I was out and about I would nurse him in the car or bathroom stahl (so glamorous and sanitary). 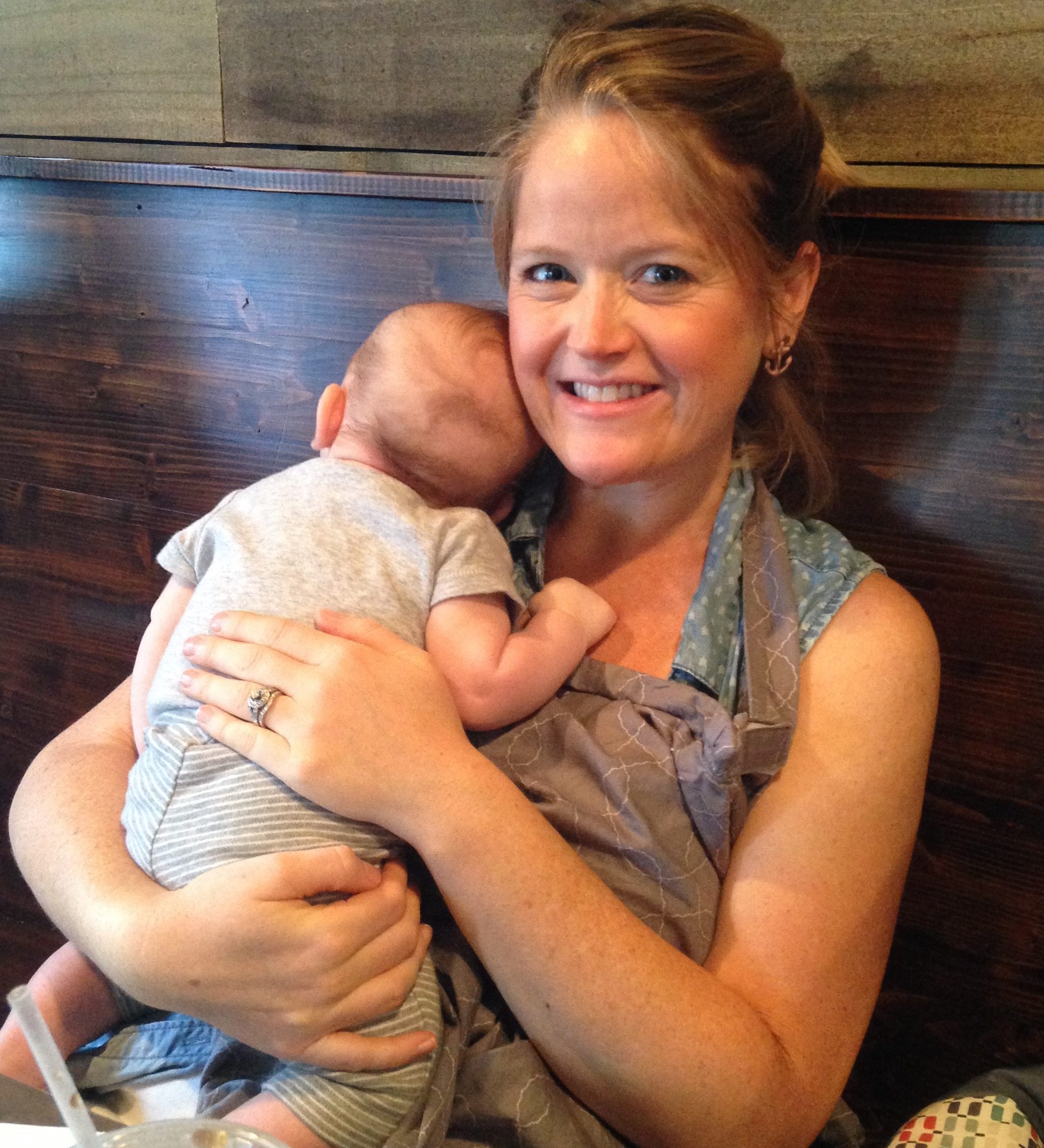 **The infamous and only day I breastfeed in public. Look how well I’m faking a smile when I’m curling up in a corner inside. This is after I had attempted nursing and failed.**

The Day I was Shamed

There is one occasion in particular that left a lasting impression on me. It was a special day because we had been out for a while. Longer than I had ever been with him, so I was super proud of us.

We were about to embark on our drive home but I knew he was getting really hungry. If I didn’t nurse him it was inevitable that our thirty minute car ride would be filled with the most horrible hunger cries you could imagine. So, I decided to pull over at a grocery store on our way home and I would go to the bathroom to nurse him.

We made it inside to a bathroom that had two stahls, one big, one little. I went into the bigger one because I knew I needed some space. He was only about three months old so I still felt like a novice at breastfeeding, but I was so proud of myself for feeding him in “public.”

I hung our bag up, sat on the nasty toilet, lifted my shirt up, pulled my boob out and all while holding my little boy of course(and there was nothing graceful about it). I finally got him positioned and latched. It was just in time because he was starting to get hangry. It was one of those times where I felt a tiny bit accomplished and like maybe I can do this whole mom thing after all! I looked down at him and he was making the sweetest baby coos and I was proud.

Then it happened. I heard a voice say, “are you breastfeeding in there?” It was said in the same tone as if she was asking if I were taking a poo in the sink. I didn’t respond at first because I didn’t know what to do. Then she asked again (same tone). I finally said yes as sweat rolled down my face and breasts.

She then went on to rattle a number of insults at me. She said I can’t believe you are breastfeeding your baby in there. She used words like selfish, disrespectful, inappropriate and I think I’ve blocked out the others. From what I gathered (between her swear words) she was upset that I was taking up a stahl in order to feed my son.

I set there paralyzed and totally fixated on my sons eyes and coos. I knew if I focused anywhere else I was going to lose it! I wanted to respond in a way that would make him proud (and not scare him). I just said, “thank you ma’m” over and over as she continued to berate me for what felt like ten minutes. She finally left and i just sat there and cried while nursing my son.

I was in complete disbelief that someone could be so cruel. Why? She did not know anything about me or the struggles that I had gone through or what a huge accomplishment it was to actually breastfeed my son in “public.”

Once we got to the car I spent the drive home crying and continuing to think why? I’ve thought about this day many days since and I’ve learned three things from it.

So, mamas if you are going through something like this remember to hold your head high. Don’t let anyone take the joy or confidence away from your motherhood journey. Because YOU are the one that knows what’s best for your child!