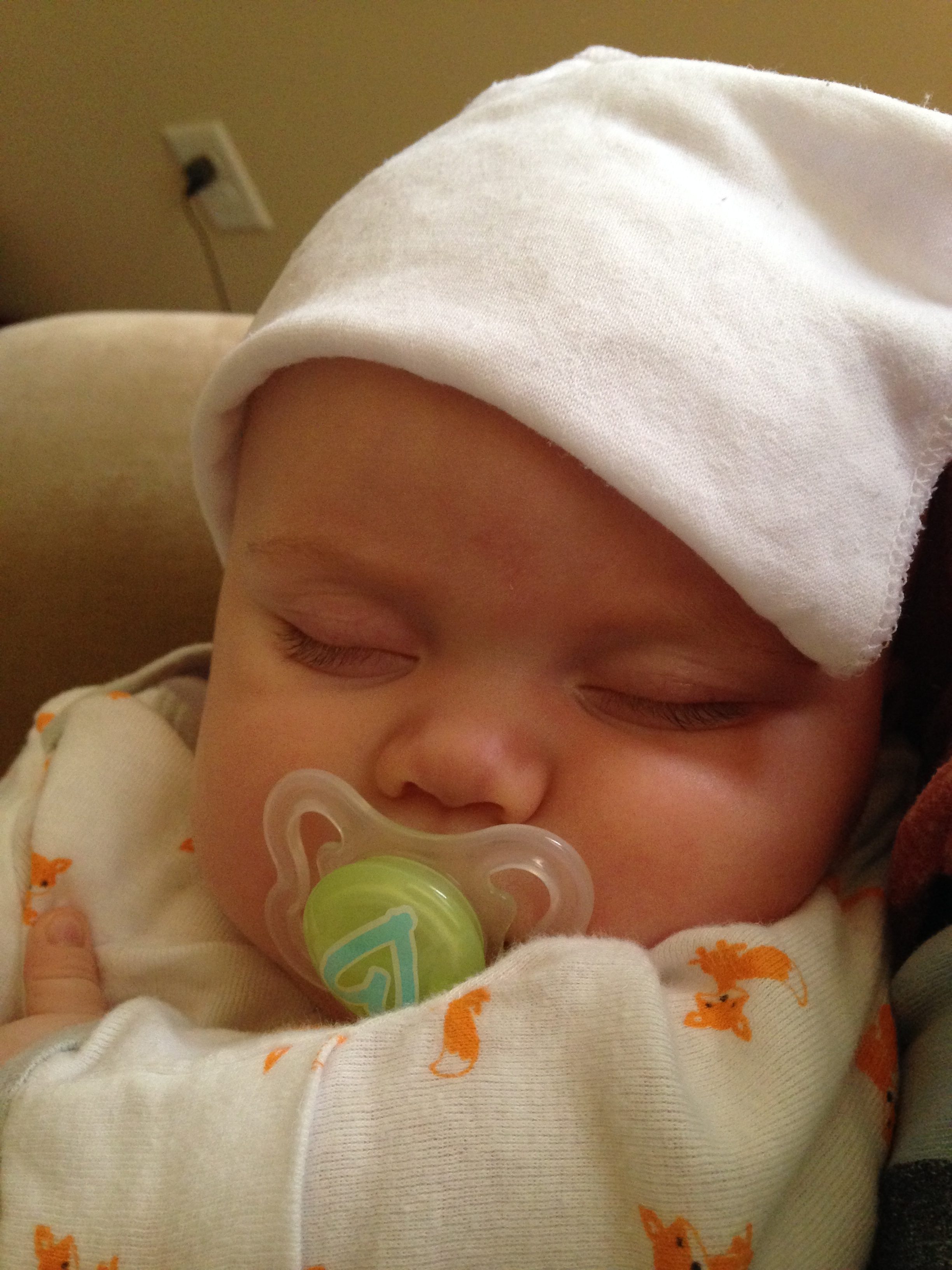 It’s happened, we’ve had our first cold. Who knew colds could be so terrible?! I mean as adults they are not fun, but they don’t scare the living daylights out of you.

Foster started showing his first signs of a cold on Saturday morning. His little eyes were watering, he was coughing and had a really stuffed up nose to the point that snot was just dripping out. It’s amazing what becomes a big deal, but it was a BIG deal! Soon after his symptoms arrived he spiked a fever. I could tell because his little face got all red and splotchy and he was hot!

We checked it and it was 100.3 which freaked me out because every nurse/doctor we had talked to said you should be worried once their fever is 100.4 and we were flirting way too much with that number. Like I said it was a Saturday and the pediatrician was closed so I ended up calling the emergency number. You may think this is a little dramatic, but frankly I don’t give a dang (censored Rhett quote from Gone with the Wind). I just wanted to hear that my baby was going to be okay. The doctor kind of comforted me but also let me know that we needed to keep his fever down and give him Children’s Tylenol every four hours. So, that’s what we did…religiously.

Along with the cold symptoms came the mommy guilt symptoms. The Friday before I had him out a lot. We went to the library, park, grocery and a restaurant. So naturally I immediately blamed myself. My inner voice was telling me that I pushed him too much, I went to, too many places, I didn’t make sure his hands were clean and the list goes on and on. I have discovered in the last three short months that mommy guilt is a very real thing and you can’t let it win.

It if wins you are believing a lie. As my dad would say, “a lie from the pit and it smells like smoke.” Unfortunately our kids are going to get sick and it’s not our fault. It’s just life. My momma bear instincts are also WAY stronger than I thought they’d be. At first I felt kind of self conscious about this but then I thought screw it. I am his earthly protector. God gave him to me and my job is to protect him. So, I’m going to do it without being embarrassed or worried about what other might think of me.

p.s. This goes for so many things in life. I just need to not worry about what people think about me. So much easier said than done!

**It’s a week after our first symptoms and Foster made it! He still has a snotty nose which I try to remedy with the NoseFrida, the SnotSucker. Oh, the things you didn’t think you’d do before you had kids, but I absolutely love that thing!!

Even though it was not fun and may seem little to you. I am proud of us. Aaron and I worked together to make sure that our son was getting what he needed to make him feel better and we did it! Maybe we’ll rock this parenting thing after all?! Well, that’s how I feel today. Check back in with me tomorrow. 🙂

Do you feel like you are more protective than you thought you would be pre-kids?